I went to the GoDaddy auctions homepage and was browsing the top auctions and I noticed something that stuck out.? There’s a handful of LLL.co auctions and the price has hit around $2-3k for them which struck me as a little unusual.

#1:? It was unusual because I’ve watched LLL.co auctions on GoDaddy for the past 5 months and unless it is a word or three repeating letters they never hit four figures.

#2:? It was unusual because the five auctions that you can see below all kicked off either today or yesterday which means these weren’t bids that built up over the course of 10 days, but two people bidding right away which for LLL.co’s is unusual.

#3:? It was unusual because in each instance it looks like bidder #1 put in a high bid and bidder #2 has kept bidding and driving up the price but never reached bidder #1’s price.? It is unusual for the first bidder to come and bid more than $3k for a LLL.co as their first bid, very unusual.? And unusual that a second bidder comes and keeps bidding so soon.

It looks fishy and because GoDaddy does not give us bidder names or at least bidder ID numbers or anything to identify the bidders we cannot conclusively say that its the same two accounts in each instance but an educated guess would believe me to say yes.

Why do this?? Why would anyone run up the price?? I’ll tell you why.? A while ago (over a year) I was bidding on a domain at GoDaddy expired auctions and got into a back and forth with another bidder as the auction was closing.? I forget the exact dollar amounts but let’s say that he and I bid back and forth from $500 up to a few thousand dollars.? The other person won the auction but didn’t end up paying.? I received an email telling me I could purchase the domain for $500 (the price after all of the winning bidder’s bids were removed).? And just like that I got a domain that I was willing to pay several thousand dollars for for $500.

I can’t say if this same logic/rule is in place at GoDaddy but I’d guess it is (only thing that would make sense to me on why someone would bid up a domain against themselves).? Bidder #1 puts in a ridiculous bid.? Bidder #2 (who is the same guy) bids up the domain to a ridiculous level but loses the auction to bidder #1.? Bidder #1 of course doesn’t pay and now bidder #2 gets offered the domain for next to nothing.? And the reason they do this right away is so that a legitimate bidder #3 never comes in and bids because that would increase how much the domain would sell for after bidder #1’s bids are removed.

Anyone familiar if this is how GoDaddy auctions still works? 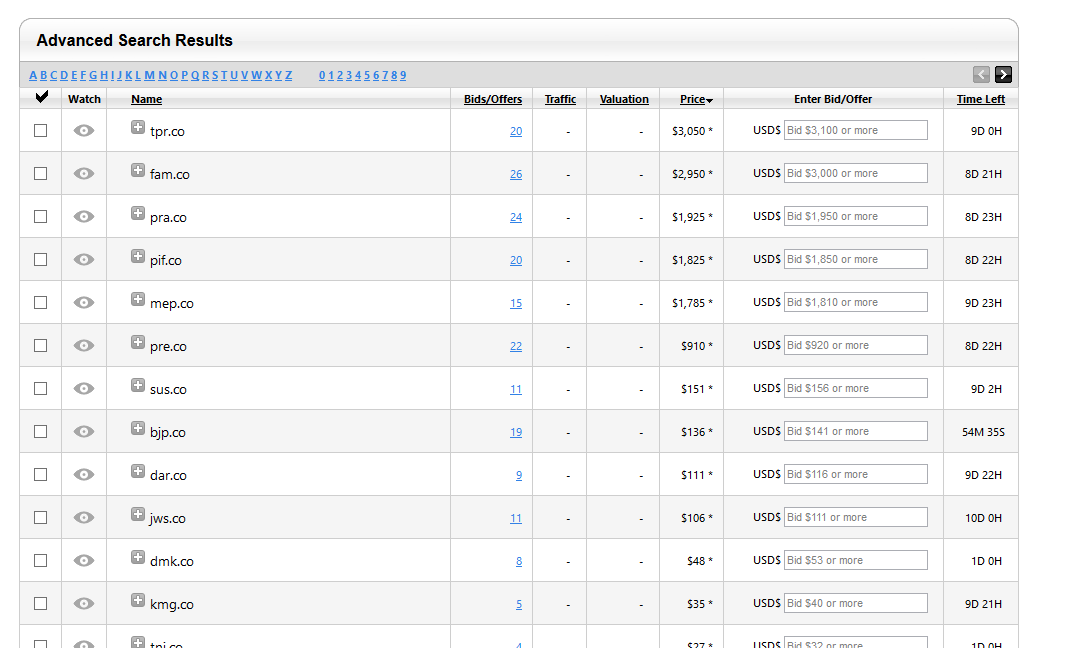 15 comments on “Something Fishy with GoDaddy Auctions”

A DOMAIN IS A BRAND. BRANDS CREATE VALUE. BUSINESS IS BUILT ON VALUE.

How do you want potential customers to view your business? A domain name is your first representation to the outside world and it speaks volumes about who you are. The right domain can instill trust, create a brand, lead to a high customer return rate, and open doors. The wrong domain will put you well behind where you want to be. Exponentially increase the probability of success with a premium domain.